CORONA A VIRUS? or our Perspective?

CORONA A VIRUS? or our Perspective?

A Life-form can be of many forms, humans, animals, birds, plants, insects, etc. There are many kinds of viruses and they infect differently and also have a tendency to pass on to others.
May 10, 2021, 3:33 pm ISTOpinionRudra Angiras 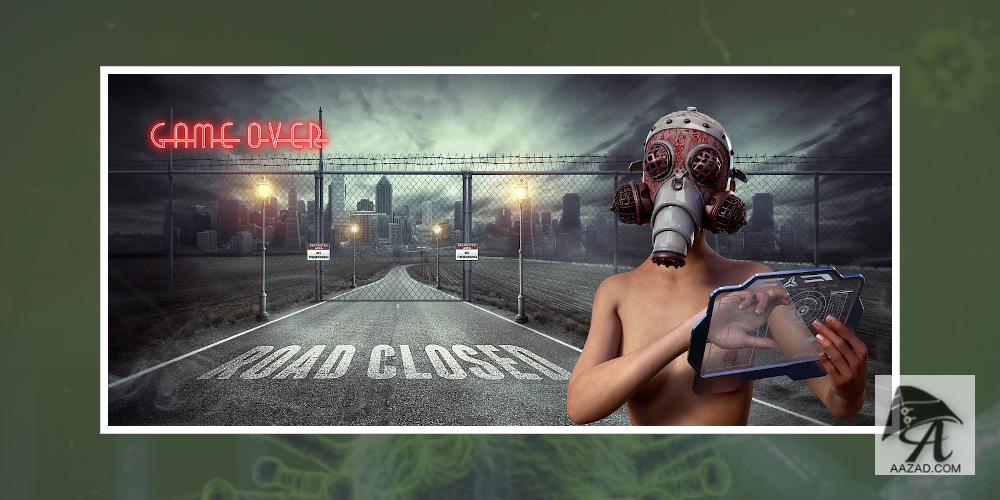 To start with we need to understand what is a life-form. A Life-form can be of many forms, humans, animals, birds, plants, insects, etc. The human body or any life-form is an ecosystem by itself consisting of trillions of microbes surviving symbiotically; requiring a lot of balanced networking between them to survive as a whole.

Life-forms need to consume other life-forms to fuel themselves. Such is the requirement of a life-form from its surrounding ecosystem, to sustain its own ecosystem within. Humans require millions of pro bacteria’s just to keep their guts healthy. These pro bacteria consume the bad bacteria’s in the guts which could harm the guts and make the body ill. An example of a symbiotic relationship.

It is evident that there are different levels of ecosystems and they require each other to survive as a whole.

WHAT IS A VIRUS?

To simplify, a virus is an organism that enters a life-form (human, animals, or plants) and then starts using the resources that are important for this life-form to survive, replicate and thrive itself. In the process of its own survival knowingly or unknowingly it destroys its host life-form. But, since the life-form is dead the virus itself is unable to survive very long unless it is able to pass itself on to someone else.

There are many kinds of viruses and they infect differently and also have a tendency to pass on to others. So the process is quite circular in nature repeating unless the chain is broken.

So yes the life-form, for example, humans have their own defense mechanism to fight against viruses. The human body just does not give in to the virus so easily, and a healthy human body is capable to fight and learn how to defend itself from such viruses. It creates antibodies that help them in fighting similar virus attacks in the future once it has learned.

Weaker within these life-forms in this example humans, with preexisting illnesses, children or old, at times are not able to defend some virus attacks and die. They are unable to create the antibodies in time before the virus spread is critical.

Vaccines are an external help to a life-form to prepare it, to train it to fight against the virus when and if it would infect in future. Basically, vaccines themselves have a little bit of a virus but they are purposely weekend so the body is able to understand and learn to fight it. Everyone knows or has witnessed themselves or someone (especially children) fall ill after taking a vaccine this is the body learning to fight the virus and the battle is on.

So, what have we understood?

The big question if COVID is a virus and the answer is yes it is, and only for one life-form that is humans. It is not impacting anything else. Are we humans part of a bigger ecosystem that helps other life-forms to survive? No! We aren’t any more! We are quite the opposite. No other ecosystem is in danger.

So COVID as a virus is just a perspective from the eyes of humans.

Since as derived from the above life-form is an ecosystem of various smaller life-forms, which would mean earth itself is a life-form. Hindus have always considered earth as in a living form and relate to her as a mother.

Humans are playing a role of a virus and destroying its ecosystem as they greedily tap into all the resources of the earth and multiply themselves.

From the perspective of earth and its various inhabiting life-forms, humans are viruses. And COVID is a vaccine or all we know antibodies that could probably cure or restrain human growth.

Humans were not exactly like this from before, and we also played the part in the ecosystem of life as a whole. We took and gave back to nature be it just by eating seeds along with a fruit and then shitting somewhere resulting in a fruit tree in a couple of years.

Jokes apart but yes there many ways that humans can contribute to nature and it does not even have to be consciously done just like the fruit and the tree example, it happens. Ants are known to be the cleaners of nature they clean everything that is a waste above the ground and worms do the same below the ground. Both very small in body and brains but play a very significant role in the ecosystem.

Humans if they just forgo their capitalist and greedy ways of living their lives and plug themselves back to nature in their right form would solve a lot of problems.