Inspirational Story: Getting Rid Of Your Mother-in-Law

Inspirational Story: Getting Rid Of Your Mother-in-Law 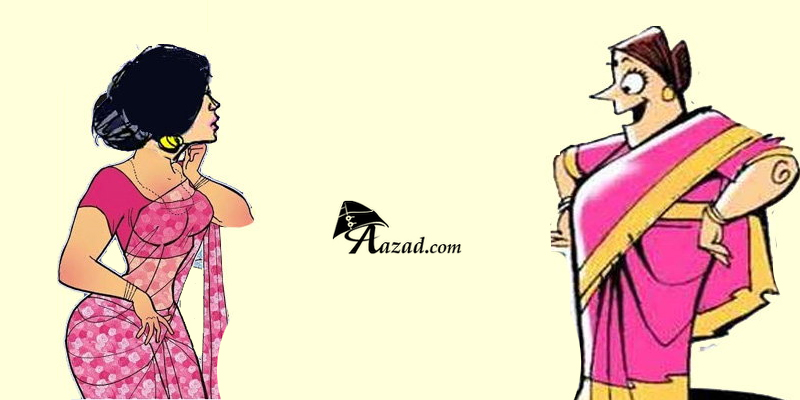 A long time ago in India, a girl named Sheetal got married and went to live with her husband and mother-in-law. In a very short time, Sheetal found that she couldn’t get along with her mother-in-law at all. Their personalities were very different, and Sheetal was angered by many of her mother-in-law’s habits. In addition, she criticized Sheetal constantly.

Sheetal and her mother-in-law never stopped arguing and fighting. But what made the situation even worse was that, according to ancient Indian tradition, Sheetal had to bow to her mother-in-law and obey her every wish. All the anger and unhappiness in the house was causing Sheetal’s poor husband great distress.

Finally, Sheetal could not tolerate her mother-in-law’s bad temper and dictatorship any longer, and she decided to do something about it! Sheetal went to see her father’s good friend, Mr. Hakeem, who sold herbs. She told him the situation and asked if he would give her some poison so that she could solve the problem once and for all. The wise Mr. Hakeem thought for a while, and finally said, “Sheetal, I will help you solve your problem, but you must listen to me and obey what I tell you.” Sheetal said, “Yes, Mr. Hakeem, I will do whatever you tell me to do.”

Mr. Hakeem went into the back room, and returned in a few minutes with a package of herbs. He told Sheetal, “You can’t use a quick-acting poison to get rid of your mother-in-law because that would cause people to become suspicious. Therefore, I am giving you a number of herbs that will slowly build up poison in her body. Every other day prepare some delicious meal and put a little of these herbs in her serving. Now, in order to make sure that nobody suspects you, during the days she is consuming the poison, you must be very careful to act very friendly towards her. “Don’t argue with her. Obey her every wish, and treat her like a queen.” Sheetal was very happy. She thanked Mr. Hakeem and hurried home to start her plot of murdering her mother-in-law.

Weeks went by, and months went by, and every other day, Sheetal served the specially treated food to her mother-in-law. She remembered what Mr. Hakeem had said about avoiding suspicion. So she controlled her temper, obeyed her mother-in-law, and treated her like her own mother. After six months had passed, the whole household had changed. Sheetal had practiced controlling her temper so much that she found that she almost never got mad or upset. She hadn’t had an argument with her mother-in-law in six months because she now seemed much kinder and easier to get along with. The mother-in-law’s attitude towards Sheetal changed, and she began to love Sheetal like her own daughter. She kept telling friends and relatives that Sheetal was the best daughter-in- law one could ever find. Sheetal and her mother-in-law were now treating each other like a real mother and daughter. Sheetal’s husband was very happy to see what was happening.

So now Sheetal has a problem. The situation has changed but what about the poison inside her mother-in-law that would eventually kill her?

Sheetal rushed to see Mr. Hakeem and asked for his help. She said, “Mr. Hakeem, please help me to keep off the poison from killing my mother-in-law. She’s changed into such a nice woman, and I love her like my own mother. I do not want her to die because of the poison I gave her.”

Mr. Hakeem smiled and nodded his head. “Sheetal, there’s nothing to worry about. I never gave you any poison. The herbs I gave you were vitamins to improve her health. The only poison was in your mind and your attitude toward her, but that has been all washed away by the love which you gave to her.”

In conclusion, here is one tip that is for both of you, mother-in-law as well as the daughter-in-law, that will surely bring good if you have the will, courage, and sincere trust in god.