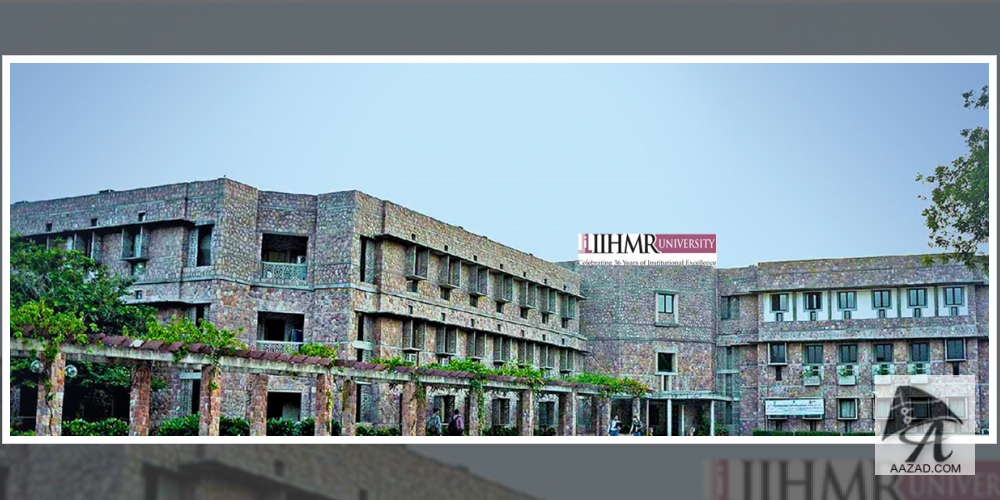 Dr. Mangal expressed that, “The growth of the population was largely driven by the number of people surviving in their productive age groups, accompanied by major changes in the fertility rates, increasing urbanization and accelerating migration. These trends will have far reaching implication for generations to come. In the recent past we have seen enormous change in the fertility rates and life expectancy across all countries. Around 1970 on an average a woman had 4.5 to 5 children, while in 2015 the total fertility rates across the globe has fallen to 2.5% and during this period the life expectancy has increased from 65 years in early 90’s to 73 years in 2019. Currently there are more people residing in the urban areas than in the rural areas. All these changes have far reaching implications as they affect the economic development, they affect employment, income distribution, poverty and social practices. These factors also affect efforts to ensure minimal access to healthcare, education, housing, sanitation, water, food and energy.”

Dr. PR Sodani, President IIHMR University spoke on the concerns relating to population growth, its implications on health economic development and socio political context and its impact on the quality of life and SDG agenda of the country.

Dr. Sodani, President, IIHMR University Jaipur said, “IIHMR University as a higher education institution especially in the area of health, has played a role in supporting various initiatives laid by the Government and other institutions in policy making and policy goals. Population issue can be connected with the economic development.Over population is a challenge while meeting needs, balancing the distribution of services, policy formulation where the policy frameworks must be done for the entire population irrespective of the geographic spread and economic strata. Over population is a huge challenge to achieve the health related indicators/ goals specified in the National Health Policy and SDG’s agenda that is set by the Govt. of India and the Global partners.”

Dr. Sodani further expressed on how health is being affected by over population. He elaborated on the health related policy programs that must be integrated to the issue of population and related areas. Higher population growth influences the IMR, MMR, Child health issues etc. the overall percentage of GDP on Public Health spending in India is low in comparison to the other countries which is only about 1.2% to 1.3 % of the overall GDP when it must ideally be 2.5% as a standard spending percentage. Health issues, access and quality are related to Public Health spending where the lack of resources is a major challenge in the management of CHCs, PHCs and even the management of the recently planned health and wellness centres. The issue of overpopulation must be well integrated and aligned with the SDG agenda of the nation.

Dr. SK Singh, Professor, IIPS Mumbai spoke on the Emerging population challenges in India – a policy perspective. He deliberated on 5 thrust areas i.e Maternal and Child Health situation, Fertility and Family Planning, Prevalence of malnutrition and iodin deficiency among children, Adult Health and non-communication diseases and multi-morbidity.He said, “In the last 3.5 decades there has been a drastic change in the focus of our priorities, due to the existing demographic transition with dominance of structural transition which is coupled with technological transition. The emergence of the demographic dividend and global burden of diseases have shifted our focus. As per the most recent evidences that are emerging as challenges before the country from the data of National Family Health Survey (NFHS5) and longitudinal ageing surveys.”

Dr. Singh further added, “Despite rapid economic growth in the past two decades, India is unlikely to meet the required growth in terms of female health or economic growth. Significant incidences of early marriage and childbearing are among the important causes of undernutrition or Anameia. The three main things to take care are quality, quantity and frequency of food specially in kids of 36-59 moths. The adverse intergenerational bearing on health, education and employment leads to an inadequate diet. Maternal, infant and young child nutrition is often ignored due to less awareness and prevailing poverty in rural areas. We need to spread awareness about it and take measures to avoid girls getting pregnant at young age.”

Dr. Dhirendra Kumar, Professor and Dean IIHMR said, “We are among one of the most skilled people in the world and what makes societies successful is skills and democracy we have seen a lot of changes in the last 4-5 years and are all set for further reforms with enhancing technology.”Dr. Kumar said that population of India is growing and it will touch the 1.45 billion mark (Technical report GoI) by 2026. Although the declared growth 1981-91 onwards is decling and recorded 17.6% in 2001-2011 from 23.9% in 1981-91. To make India ‘Aatmanirbhar’ or ‘Self-reliant’ India must have to population control policy to achieve population stabilization by interdicting Population Control Bill 202. As draft bill was introduced in Rajya Sabha by having support for 125 MPs. Dr. Kumar emphasized that ‘Total Fertility Rate’ (TFR) 2.1, i.e. ‘Two Child Family Norm’ alone cannot address the sex ratio of the population. So, it is important to ensure that every mother is replaced by her daughter. So, compile should have at least one daughter. He also addressed consequence of who adopt the policy and who do not adherent the issues related to reproducing rights, illegal sex determination, abortion, son preference, need to be addressed appropriately”.