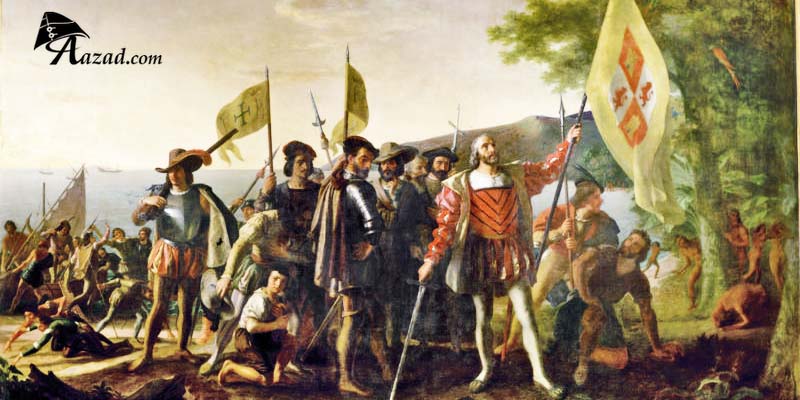 Christopher Columbus was born in the year 1451 in The Republic Of Genoa.

In 14733, he was hired as a Merchant Mariner for King John II of Portugal. Portugal was gaining power on the seas by colonizing Atlantic Islands and establishing trade with African Kingdoms.

In 1480, Portugal found out that the Indian Ocean was on the other side of Africa.

During Portugal's rise in power, a group of European scholars thought that the earth was smaller than what was previously believed. Columbus wanted to sail to India for riches and approached Portugal to fund his expedition. King John didn't believe in the theory that the Earth was small and refused to find his voyage. Columbus then approached Spain. Spain wanted to challenge Portugal's growing influence and therefore decided to fund Columbus' expedition.