India always used to produce fabulous person on the motherland. India bought such persons who took INDIA TO THE TOP IN SPIRITUALITY I.E “Karma aur Kartavya “ One of these persons was Lord Shri Krishna
Oct 14, 2009, 6:25 pm ISTIndiansSarita Pant 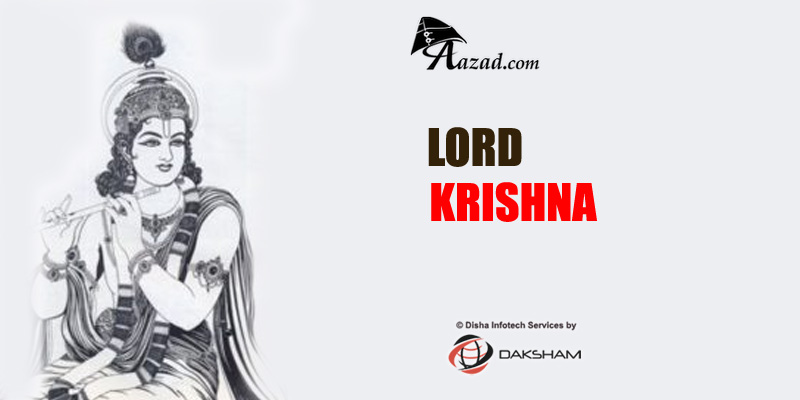 India always used to produce fabulous person on the motherland. India bought such persons who took INDIA TO THE TOP IN SPIRITUALITY I.E “Karma aur Kartavya “ One of these persons was Lord Shri Krishna he was incarnated in 5000 B.C. He was born in the jail of King Kansa in Mathura. His mothers’ name was Devaki and Father’s name was Vasudeva but we know him as “Yashoda – Putra “ Because h e was brought up by Yashoda and Baba Nand in his childhood Krishna used to call as “Kanahaiya” or “Murlimanohar”. He used to play with cowherds and milkmaids grazing cows, Stealing and Eating butter, Playing melodious tunes on the flute, Laughing and playing were the mystifying acts of his childhood .

In his childhood he killed many “Rakshas” i.e. demons sent by his “Mama “Kansa. In our “Shastra” It is described as he lifted Gowardhan Mountain on his finger and broke down the pride of Indra.

But actually he had more and more strength that he cloud lift even a mountain. It is scientific truth after killing his devilish maternal uncle, He got free his parents from the jail. He created “Dwarkapuri” in the sea Most thrilling moment of his time was “Chirharan” of Drapadi. He saved the chastity of Drapadi and proved himself a better brother and set an example to give respects to women’s in India.

He acted as an ambassador of the Pandavas before “Mahabharata” most famous and spiritually thing he gave wad “Gita Updesh “. He described all the difficulties rised in the path of a man when he was to stand against his relatives here he mentioned “The Chakra of Maya” etc.

He preached “Gita Updesh “ to Arjuna saying that he should do his duty without expecting any reward. It contained the conclusion of the Vedas and other Shastras. By helping the poor Brahmin, Sudama he kept his friendship. He was very benevolent and the detailed description of this is given in “Srimad Bhagawata Purana” Innumerable poets and authors have written books in his praise Hindus, Muslims, Sikhs andchristians all have praised him. We are proud that Lord Krishna gave us the knowledge about “Maya –Chakra” , “Yaduvanshi “ Vanse was established by Lord Krishna which still now is also present in India. We are proud that Lord Krishna has become a part of India’s eternal glory.