LESSONS TO LEARN FROM JAPAN

Lessons To Learn From Japan

THIS letter, written by Vietnamese immigrant Ha Minh Thanh working in Fukushima as a policeman to a friend in Vietnam, was posted on New America Media on March 19.
Apr 1, 2011, 2:23 pm ISTInspirational StoriesSarita Pant 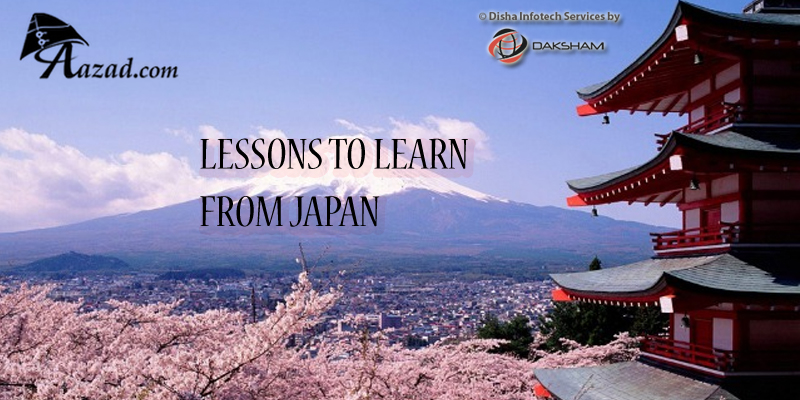 Lessons to learn from Japan

This letter, written by Vietnamese immigrant Ha Minh Thanh working in Fukushima as a policeman to a friend in Vietnam, was posted on New America Media on March 19. It is a testimonial to the strength of the Japanese spirit, and an interesting slice of life near the epicenter of Japan 's crisis at the Fukushima   nuclear power plant.

It was translated by NAM editor Andrew Lam, author of "East Eats West: Writing in Two Hemispheres." Shanghai Daily condensed it. Brother, How are you and your family? These last few days, everything was   in chaos. When I close my eyes, I see dead bodies. When I open my  eyes, I also see dead bodies.

Each one of us must work 20 hours a day, yet I wish there were 48 hours in the day, so that we could continue helping and rescuing folks. We are without water and electricity, and food rations are near zero. We barely manage to move refugees before there are new orders to move them elsewhere.

I am currently in Fukushima , about 25 kilometers away from the nuclear power plant. I have so much to tell you that if I could write it all down, it would surely turn into a novel about human relationships and behaviors during times of crisis. People here remain calm - their sense of dignity and proper behavior are very good - so things aren't as bad as they could be. But given another week, I can't guarantee that things won't  get to a point where we can no longer provide proper protection and order.

They are humans after all, and when hunger and thirst override dignity, well, they will do whatever they have to do. The government is trying to provide supplies by air, bringing in food and medicine, but it's like dropping a little salt into the ocean. Brother, there was a really moving incident. It involves a little Japanese boy who taught an adult like me a lesson on how to behave like a human being. Last night, I was sent to a little grammar school to help a charity organization distribute food to the refugees. It was a long line that snaked this way and that and I saw a little boy around 9 years old. He was wearing a T-shirt and a pair of   shorts.

It was getting very cold and the boy was at the very end of the line. I was worried that by the time his turn came there wouldn't be any food left. So I spoke to him. He said he was at school when the earthquake happened. His father worked nearby and was driving to the school. The boy was on the third floor balcony  when he saw the tsunami sweep his father's car away. I asked him about his mother. He said his house is right by the beach and that his mother and little sister probably didn't make it. He turned his head and wiped his tears when I asked about his relatives.

The boy was shivering so I took off my police jacket and put it on him. That's when my bag of food ration fell out. I picked it up and gave it to him. "When it comes to your turn, they might   run out of food. So here's my portion. I already ate. Why don't you eat it?"

The boy took my food and bowed. I thought he would eat it right away,but he didn't. He took the bag of food, went up to where the line ended and put it where all the food was waiting to be distributed. I was shocked. I asked him why he didn't eat it and instead added it to the food pile. He answered: "Because I see a lot more people hungrier than I am. If I put it there, then they will distribute the food equally."

When I heard that I turned away so that people wouldn't see me cry. A society that can produce a 9-year-old who understands the concept of sacrifice for the greater good must be a great society, a great people. Well, a few lines to send you and your family my warm wishes. The hours of my shift have begun again.
Ha Minh Thanh

10 LESSON TO LEARN FROM JAPAN