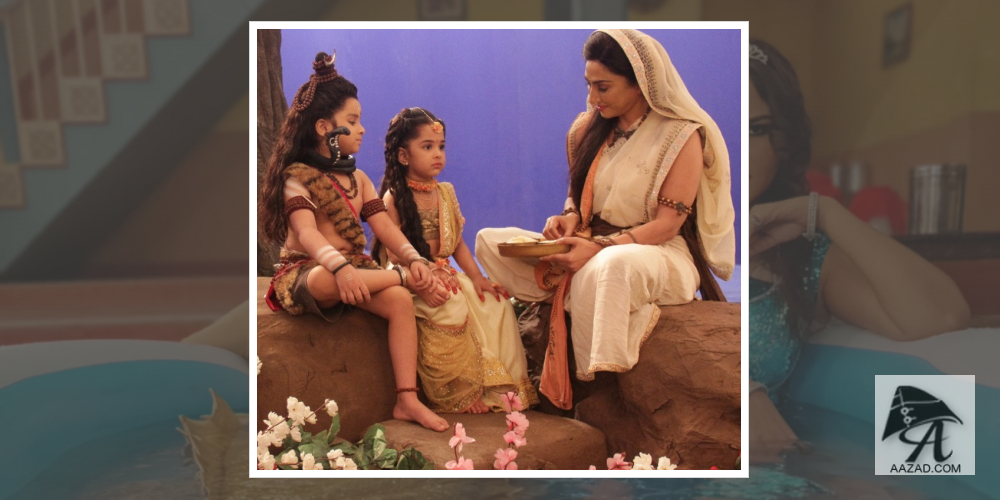 Baal Shiv, along with Nandi and Devi Katyayani, leaves for Amarnath, and on the way, they meet Pisach Dampati, who also requests to join them. On Tarkasur's order, Dandapani instigated Rishi Katyayan to use his Aadishakti Divyastra to stop them from reaching Amarnath. When Baal Shiv reaches the border of Amarnath, Yogniya starts taking Devi Katyayani away from him at Rishi Katyayan's request. How will Baal Shiv stop it and take her to Amarnath?”. About &TV's Aur Bhai Kya Chal Raha Hai? track, Zafar Ali Mirza shares, “Shanti (Farhana Fatima) gets exasperated due to the smell of non-veg food prepared by Sakina (Akansha Sharma). So much so that Sakina throws a fish party in Mohalla, leading to a huge fight between the two. In the meantime, Aadi offers to pay half of the Haveli’s amount, and the family that manages to pay the other half will own the haveli. Both Mirza (Pawan Singh) and Mishra (Ambrish Bobby) start arranging for 50 lakh rupees. The family that cannot arrange the amount will have to leave the haveli! Bittu (Annu Awasthi) hacks a plan against Mishra and Mirza and fools them. Meanwhile, Mishra breaks a corner of the haveli where they are shocked to see an antique. The ASI arrives at the haveli and seals the haveli with a notice to check whether the haveli is declared a government heritage or not."

About &TV's Happu Ki Ultan Paltan track, Daroga Happu Singh shares, “Rajesh (Kamna Pathak) demands an air cooler from Happu (Yogesh Tripathi), but Katori Amma (Himani Shivpuri) rejects the idea. An annoyed Rajesh narrates a fake story with the help of Gabbar and Bimlesh (Sapna Sikarwar) that she is a mermaid and needs a cool ambience for survival. Everyone, including Happu, believes it, and they arrange a big pool-size tub of water and keep adding ice to the tub. Happu informs the commissioner (Kishore Bhanushali) about Rajesh being a mermaid. The commissioner warns Happu to not disclose this to anyone, but somehow Kamlesh (Sanjay Choudhary), who has become a journalist, covers Rajesh’s mermaid story, which goes viral. Everybody starts cross-questioning Rajesh about her mermaid tail, which leads to entangling Happu and Rajesh in a huge problem. What will Happu do?”

About &TV's Bhabiji Ghar Par Hai track, Vibhuti Narayan Mishra shares, “Masterji (Vijay Kumar Singh) asks Vibhuti (Aasif Sheikh) to submit his leave application at school as he is going to Nainital. Meanwhile, Prem (Vishwajeet Soni) invites Vibhuti to join Bakshi’s party, and at the same time, Anita (Vidisha Srivastava) informs Vibhuti about dinner at Tiwari’s (Rohitashv Gour) place. Vibhuti lies to Anita that Masterji is suffering from pneumonia and is going to the hospital. Later, Masterji returns for some reason, and Vibhuti’s plan is revealed. Anita gives Vibhuti an ultimatum to reach home in 20 minutes, and while taking a shortcut, Vibhuti takes the graveyard route. While walking, Vibhuti accidentally spits on Manhoos Kanpuri’s grave. Later, Manhoos Kanpuri possesses Vibhuti and starts his Manhoos Shayari. How will Vibhuti free himself from Manhoos Kanpuri’s ghost? "