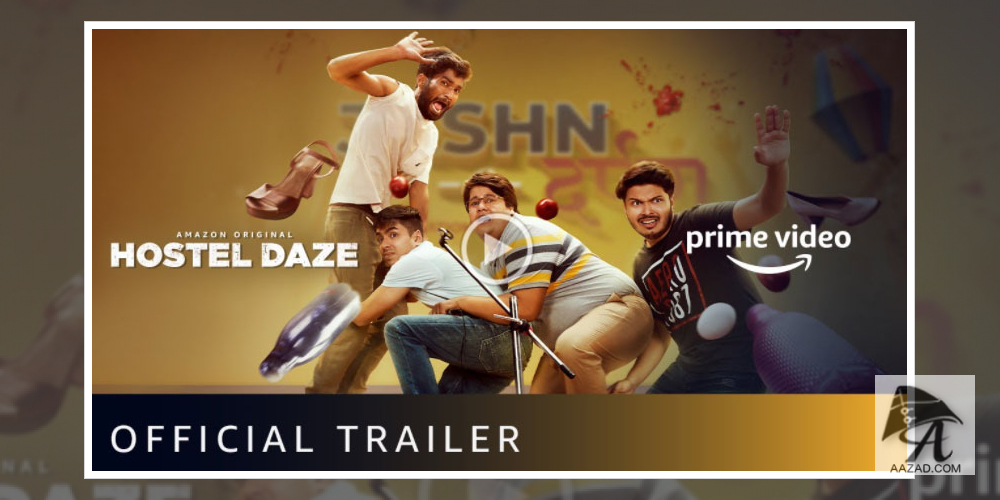 One of India’s most-loved and watched new-age campus series, Hostel Daze is finally back with Season 2 that premiered today in 240 countries and territories. Along with the launch of the series on the streaming service, Amazon Prime Video gives one more reason for fans to be excited. Viewers can now enjoy and listen to the original soundtrack created for the Hostel Daze Season 2. The music album comprises of four melodious songs - You Gotta Rise, Don’t Hold Back Now, Coming Home and Jeans Daaru Sutta Love – that are now available on Prime Music.

The album is a mixed bag of emotions as it takes one through the highs and lows one feels in college life. You Gotta Rise is a peppy and motivational track with more bass and jazz that is surely going to make you groove to the beat. Jeans Daaru Sutta Love is a song that sums up college days in 4 words. While, Don’t Hold Back and Coming Home are soft and soothing melodious numbers.

Sharing some insights and talking about the album, Vijay Koshy, President, TVF, said, “Hostel Daze is a series that has immense universal appeal. It is a story that is relatable and is exactly why we had to compose songs that fit perfectly into the narrative. Each of the four tracks are completely different from each other for they express four different moods.

Continuing further, Shreyansh Pandey, Head, TVF Originals added “The element of nostalgia present in the songs will take one back to their college days and make them reminiscence those bittersweet moments. Not only the director duo Amir-Sangram but all the creators at TVF, have been a great help in creating these songs."

Hostel Daze Season 2 chronicles the journey of the juniors who are now seniors and the new madness that unfolds in the new semester. Directed by Amir Musanna and Sangram Naiksatam, the series stars Adarsh Gourav, Ahsaas Channa, Ayushi Gupta, Luv Vispute, Nikhil Vijay and Shubham Gaur. The series has been created by TVF and written by Harish Peddinti, Saurabh Khanna and Suprith Kundar.