Hussain Ajani, the man behind a slew of hits on the indie scene, has ventured into the Regional Music scene, with the first one being a Bengali song titled "Chuye Dilam" sung in the lovely voice of Sohana Mansur.
Aug 18, 2021, 3:52 pm ISTEntertainmentAazad Staff 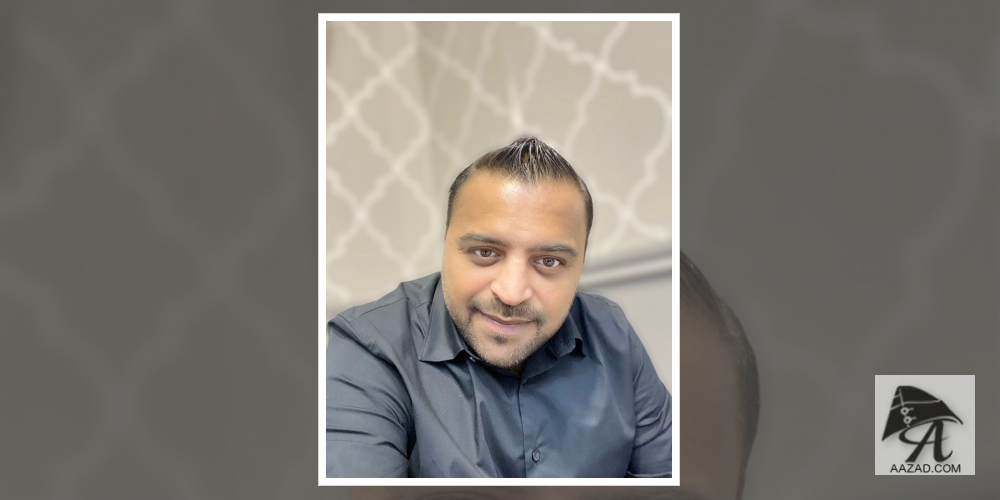 Hussain Ajani, the man behind a slew of hits on the indie scene, has ventured into the Regional Music scene, with the first one being a Bengali song titled "Chuye Dilam" sung in the lovely voice of Sohana Mansur.

"Chuye Dilam" is about a girl who is missing the person she loves and who has left her, and is now in love with someone else, and the girl explains what were the situations during their time together and so on and so forth. This is a tragedy song, a song that depicts the kind of love the girl had, that she wanted to be with the guy even though they went through a lot of hardships.

While speaking to Hussain, he says "I loved the idea and the concept of the song, and everyone by now knows that I really like to try new things, I feel really good when challenged, and since Ayaz was producing the song, I listened to the song and agreed to put it out" Hussain adds on "Ayaz is like a younger brother to me and I would anything for him, but just to be honest, Sohana had done a fabulous job and that is why I had no problems doing it, and Sohana was quite fun to work with as well"

Ayaz has produced the music of the song, and the song was mastered by Donal Whelan, this brings back their team after hits like Dil Ki Shikayat sung by Mohit Chauhan, Chal Ranjheya, Jitthey Tu Jaaye, etc.

Hussain Ajani has recently released songs in collaboration with multiple artists and Ayaz Ismail, including Eid song Ghulam-E-Ali, etc., his forthcoming songs include single with Javed Ali, etc. will also introduce multiple upcoming artists to the industry. Hussain is also working on a musical concept that will see even more frequent releases, with plans to compile it as season 1 of music, as per our source, but everyone around Hussain is keeping it under wraps, when we asked Hussain, he responded "That wasn't at the liberty to either confirm or deny anything as of now."