Hina Khan’s latest film Lines is creating ripples all over the globe. The film has made its mark at international film festivals, and filmmaker Rahat Kazmi was confident it will click with Indian masses as well.
Aug 13, 2021, 3:23 pm ISTEntertainmentAazad Staff 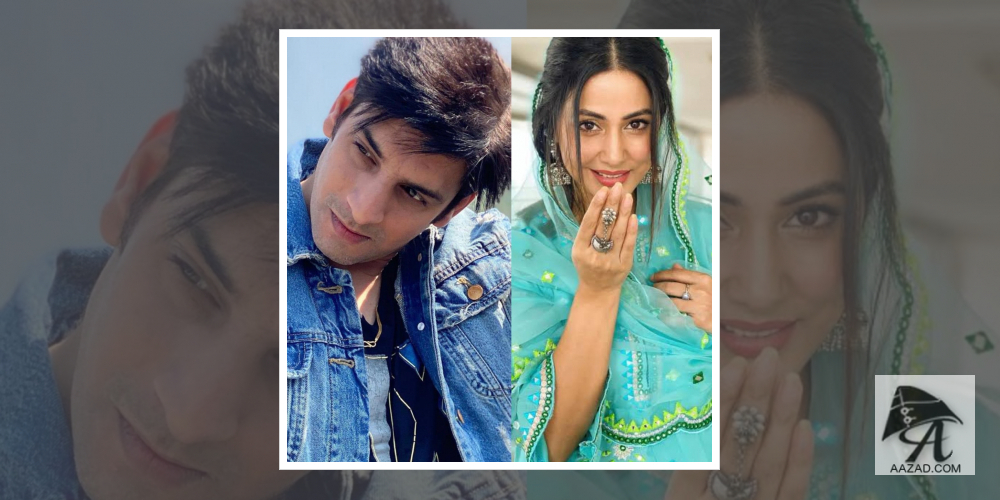 Hina Khan’s latest film Lines is creating ripples all over the globe. The film has made its mark at international film festivals, and filmmaker Rahat Kazmi was confident it will click with Indian masses as well. Apart from the film, the song Jhelum is getting a lot of attention from the music enthusiasts.

Written and composed by Rohil Bhatia, Jhelum is a soothing number that will tug at your heartstrings. The lyrics are soulful and beautifully sing of the pain of separation, with impressive vocals by Yash Choudhary. Featuring Hina Khan, Rishi Bhutani and Farida Jalal and shot in the picturesque locales of Kashmir, Jhelum is a must on your playlist.

Talking about the response to Jhelum, musician Rohil Bhatia says, “Jhelum is very close to my heart. It is a special heart-touching number for those who have experienced the pain of separation. It is overwhelming to see such a response from the audience."

Interestingly, Jhelum was composed back in 2018 on the set s of Lines. Sharing how the song was composed in just 2 hours, Rohil says, "I happened to play another song that I was making Kashmir nayi chan, which Rahat (Kazmi) bhai and Hussain Khan, the director liked and asked if they could use it in the movie, because it's very relevant. I was going to create something else, but I said they could go ahead with it. That's when they said there's another situation for which they were struggling to find a song. Then he narrated the situation of Hina Khan's character of Nazia on this side of the border, while Nabeel is waiting for her in Pakistan, sitting on a mountain that oversees the Jhelum river flowing. On the other hand, Nazia is not able to talk to Nabeel and is waiting for him. They said they wanted the song in about 2 days. I immediately called my team of musicians. I shared the situation with 4-5 different lyric writers in case they had something suitable, as it will be difficult for me to write the song in such little time. But I didn't find anything. I remember I sat at 10 pm and composed the song in 2 hours! We recorded the song overnight and sent it to Rahat bhai."

Decoding the lyrics, Rohil adds, "The hidden meaning in the song is that Nazia is taking to Jhelum river as it flows from India to Pakistan. She is requesting the river to pass on her message to her beloved that she is waiting for him."

Produced by Rahat Kazmi Films, Lines is an innocent yet gritty tale of a young girl Nazia (Hina Khan) representing the pains of people of Kashmir who have been the sufferers of hatred between two countries. Lines has received awards at the Montgomery International Film Festival in USA. The film was also nominated in the Best Picture category at the MIFF (Mumbai International Film Festival) awards.